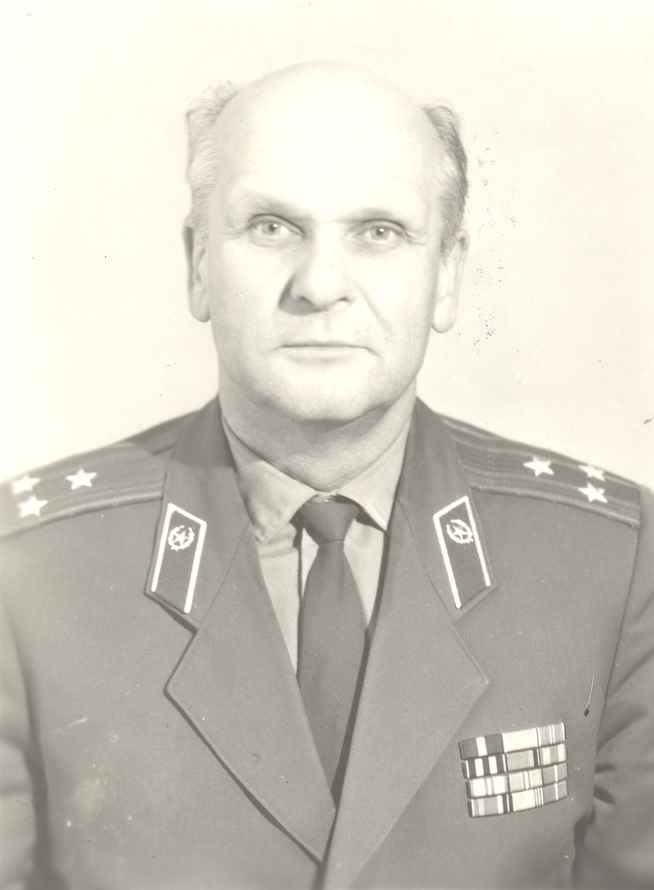 He was born on February 18, 1922. He was the head of the Department of Mobilization and Tactical-Special Training of the Minsk Higher School of the Ministry of the Interior of the USSR, Candidate of Technical Sciences, Associate Professor, Colonel of Internal Service.

Assistant to the Chief of Staff of Artillery of the 2nd Independent Air Defense Brigade.

He was awarded the Order of the Red Star, medals "For Military Merit", "For Victory over Germany in the Great Patriotic War of 1941-1945."

From January 1975 to January 1976 he was on a business trip to the Democratic Republic of Vietnam.