The Academy of the Ministry of Internal Affairs of the Republic of Belarus, with the support of the Belarusian League of Intellectual Teams, annually organizes an international tournament on intellectual games "Shield and Sword". The program of the event includes two test games - "Scrabble quartet" and "What? Where? When". According to the rules of the tournament, each team includes no more than six participants under the age of 23.

The tournament "Shield and Sword" was born in 2005 at the investigative-expert faculty of the Academy of the Ministry of Internal Affairs on the initiative of cadets. The purpose of the event was to popularize the intellectual forms of leisure for young people, get acquainted with the methodological achievements of clubs of intellectual creativity, develop cooperation with educational institutions of Belarus and abroad, exchange of experience and knowledge. Having received the international status, the youth forum in different years was recognized by the Belarusian League of Intellectual Teams as the best student tournament of the year and the 20th anniversary. The tournament has been given the status of outgoing to the championships of Belarus and Europe on intellectual games among student teams.

Traditionally, teams from Belarus and Russia take part. Along with the students are cadets of educational institutions of the law enforcement system. The winning team is awarded with the tournament cup, the best team of power schools - a special cup and a diploma.

International Contest of Oratorical Skills ''Ciceronium'' of the Academy

Publications about the tournament 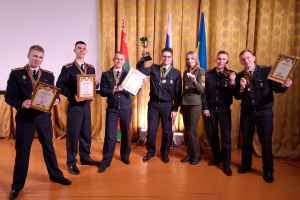 The Academy of the Ministry of Internal Affairs hosted the 15th tournament on intellectual games “Shield and S... 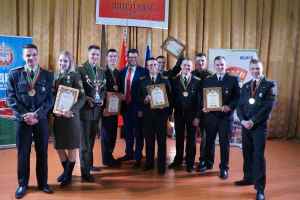 The real battle of minds was observed last weekend at the Academy of the Ministry of Internal Affairs. Interna... 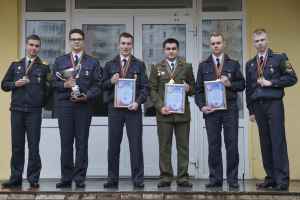 The main militia academy of the Republic of Belarus held one of its most important youth forums on 25-26 Novem... 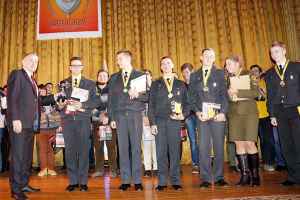 In the alma mater on November 26-27, an international tournament on intellectual games "Shield and Sword" was ...
﻿