The main objectives of the competition are: to stimulate the cognitive activity of students in the study of the history of the Belarusian militia; propaganda of the best traditions and achievements of law enforcement bodies; the formation of the moral and legal foundations of the individual, the heroic and courageous performance of official and civic duty by officers of the internal affairs bodies; the formation of a conscious motivation to enroll in the Academy of the Ministry of Internal Affairs and subsequent service in the bodies of internal affairs; realization of creative potential of studying youth; improving the forms of career guidance work, conducted by the Academy of the Ministry of Internal Affairs in conjunction with the territorial bodies of internal affairs, the administration and teaching staff of the cooperating educational institutions.

The subject of the competition changes annually. However, the main attention is constantly paid to the issues of coverage of the historical development of the internal affairs bodies of Belarus, their traditions, the story of the heroes of the militia who gave their lives in the fight against crime, current employees who valiantly perform their official duties.

The authors of the works are invited to think and justify the reasons that prompted them to choose the Academy of the Ministry of Internal Affairs as the educational institution of the forthcoming admission, as well as the profession of the law enforcer. This contributes to a more meaningful approach to choosing your future life path.

Annually, the competition gathers about 100 creative works of students of legal classes and cadets of interacting educational establishments, the best of which are awarded with diplomas, memorable prizes and letters of thanks of the head of the Academy of the Ministry of Internal Affairs and the United editorial board of the Ministry of Internal Affairs of the Republic of Belarus, are published in the departmental newspaper On guard and regional media.

Results of the contest in 2020

Results of the contest in 2019

Professional Orientation Work at the Academy

Republican Cadet Intellectual and Creative Olympiad ''Patriot'' of the Academy

Essay Competition: The Academy Will Award the Best Authors 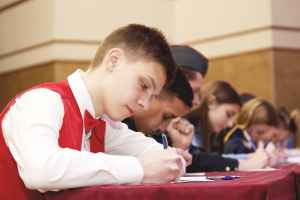 Final "Femida": the Goddess of Justice Made Her Choice 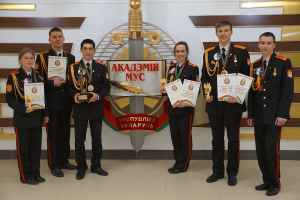 Vitebsk Cadet School again won the "Femida" at the Academy 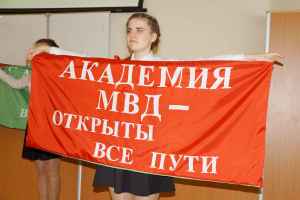